It is generally known that a woman’s fertility decreases as she gets older.

However, even during her most fertile (and otherwise healthy) years, lifestyle choices and external factors can affect a woman’s fertility and her chances of getting pregnant.

14 of those factors that can affect a woman’s fertility are what we will be discussing now.

Women who want to increase their chances of getting pregnant often don’t know the best things to do or what to watch out for.

So, below are some of the factors that do affect a woman’s fertility, and what you can do about them if you are trying to conceive;

Carrying around extra pounds can affect a woman’s fertility through abnormal hormone production and make it more difficult fo to get pregnant.

The more weight a woman gains beyond her healthy weight, the more she tends to experience decreased ovarian function.

A 2009 study published in Fertility and Sterility found that women who were obese at age 18 were more likely to develop polycystic ovarian syndrome (PCOS) and have problems with infertility.

PCOS is the most common hormonal disorder among women of reproductive age, and the leading cause of infertility.

What is PCOS and how can I overcome it naturally?

How to overcome female infertility

If I have hormonal imbalance, how can I overcome it?

Just as excess body fat can affect fertility, so can having not enough of it.

That is because women who have very low BMIs (Body Mass Index) are deficient in leptin, the hormone that controls hunger and feelings of satiety.

Having low leptin contributes to the absence of menstrual periods, according to a 2009 Harvard University study.

Maintaining a healthy body weight—one that falls in the normal BMI range and that is reached through a healthy diet and moderate exercise—is one of the most important things a woman can do to increase her chances of getting pregnant.

When a woman reaches menopause, usually in her 40s or 50s, she no longer ovulates and is unable to get pregnant.

But even in the decade or so before menopause officially occurs, she may experience fertility challenges as her ovulation becomes less regular and her egg count declines—a time known as perimenopause.

There’s no official age when fertility begins to take a dive, but many doctors say that it often becomes increasingly difficult to get pregnant after a particular age.

This age is different for every woman, though; some may go through perimenopause earlier, while others remain fertile through their 40s.

That’s why it’s important for women of any age who are having trouble conceiving to see a specialist sooner rather than later.

Click here for natural herbs to keep your fertility intact through even if you are over 40.

Ask your mom how old she was when she went through menopause. If she started on the early side, then you probably will, too.

Women are born with a certain amount of eggs and there are certain genetic factors that might make you born with more or less eggs than usual, or that may make you use those eggs faster than other average women.

But you certainly aren’t doomed to relive the same exact scenario your mom did. External factors that don’t necessarily affect you could have affected your mom. 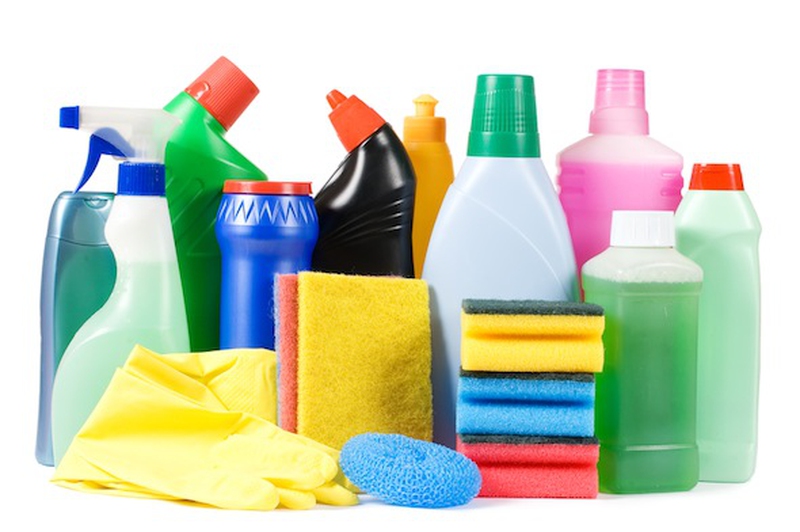 Exposure to pollutants, pesticides, and industrial compounds can decrease a couple’s ability to have children by up to 29%, according to a 2013 study published in Environmental Health Perspectives.

These chemicals include nine PCBs (which have been banned since 1979 but still exist in older products), three pesticides, two forms of plastics called phthalates (often found in personal care items and beauty products like perfumes and nail polishes), and the toxin furan, a byproduct of industrial combustion.

Smoking can hurt a developing foetus and can also drastically affect a woman’s chances of getting pregnant in the first place.

Smoking causes up to 13% of all infertility cases (One 2014 study even found that a woman’s smoking may affect the fertility of her sons).

Cigarette smoke disrupts hormones and damages DNA in both men and women and it doesn’t have to be heavy smoking, either.

Even women who smoke moderately or who are exposed to second hand smoke have disrupted endocrine function and can experience significant fertility issues.

There’s no evidence that a few drinks a week will affect your fertility, but doctors do caution against heavy drinking (i.e more than one drink a day for women) which has been linked to an increased risk for ovulation disorders.

You probably already know you should stop drinking if you think you could be pregnant.

Drinking during the early stages of pregnancy (and possibly even before conception) has been linked to premature births.

As for whether it’s safe to drink later in pregnancy, the jury’s still out. Many doctors say a small amount of alcohol is OK, but it’s best not to indulge since there is no proof that it’s not harmful to the baby.

Working out helps keep you slim, strong, and full of energy – all important when you’re trying to get pregnant.

Thing is, you should not overdo it.

If you’re exercising too much, it can have a negative impact on ovulation.

It’s not just an issue that affects very thin athletes, either.

A 2012 study published in Fertility and Sterility found that normal-weight women who exercised vigorously for more than five hours a week had a harder time getting pregnant.

The most obvious sign of a potential problem is a change in menstrual cycle. It doesn’t have to go away completely before you notice.

If you notice that it becomes lighter or shorter, you should talk to your doctor about the implications for your fertility and your health.

Once you stop taking most forms of hormonal birth control, you can get pregnant within a month.

The one exception: Depo-Provera, the injectable birth control.

Each Depo-Provera injection prevents pregnancy for 12 to 14 weeks – and while some women do get pregnant in as little as one month after that protection wears off, it can take other women up to a year to conceive.

A 2015 study published in The Obstetrician & Gynaecologist supports the long-suspected theory that thyroid disorders can contribute to ovulation and pregnancy problems, and suggests that women having trouble conceiving be tested for over or underactive thyroid.

People with significant thyroid disease are typically going to have some pretty obvious symptoms, but subclinical, undiagnosed hypothyroidism is certainly a recognised problem as well, and we know it can have subtle effects on fertility without a woman knowing it.

If you’re addicted to caffeine, some studies suggest you may have trouble getting pregnant.

A 2011 study from the Nevada School of Medicine found that caffeine interferes with the muscle contractions that help eggs travel from the ovaries and through the Fallopian tubes to the womb.

While a 2012 Danish study revealed that drinking five or more cups of coffee a day may cut a woman’s chances of successful in vitro fertilisation by half.

That said, other studies suggest caffeine plays no role in fertility.

Either way, if you’re struggling to conceive, it’s worth taking a look at your caffeine intake and cutting back if you’re drinking more than 200 milligrams a day.

Health issues such as polycystic ovarian syndrome, endometriosis, and uterine fibroids can affect a woman’s chances of getting pregnant or successfully carrying a pregnancy to term.

Women with autoimmune disorders (such as lupus or rheumatoid arthritis) may also have trouble conceiving, since their bodies may reject a fertilized egg or attack her partner’s sperm.

In many cases, though, women with these health conditions can still get pregnant and have healthy babies.

Working with a medical team to manage and improve symptoms, and seeking fertility help if needed, can increase the chances for success.

Sexually transmitted infections (STIs) like chlamydia and gonorrhoea can cause pelvic inflammatory disease (PID) and cause fertility problems, even years after a woman contracts them.

In fact, chlamydia can cause damage to the fallopian tubes without any other symptoms, and many women may not know they had the disease until they experience trouble getting pregnant.

Women with higher levels of an enzyme linked to stress had a harder time getting pregnant in a 2014 study published in Human Reproduction.

Researchers say this study doesn’t indicate that stress alone is responsible for fertility problems, but they do suggest that women who have been trying to get pregnant for several months should try to adopt a stress management program.

Stress itself is not bad, but when it is in excess – and when we react to it in a negative way – it can have all kinds of effect on our health and our bodies.

Dear ladies, above are 14 out of several other factors that can affect female fertility.

We hope you have been able to gain one or two things from this.

If you have gained anything from reading this, don’t hesitate to share it with other women too. You may really be helping someone.

Have you ever had any issue with any of the factors mentioned above?

How did you handle it or how are you handling it?

Are there other factors you are aware of or have experienced that you will like to share?

Talk about it all in the comment box below.

Put your comments and questions or topics you will like us to write about in the comment box below and we will be glad to respond back to you.

Stay Healthy And Never Give Up!

How To Prevent Endometriosis Pain During Sex

How Does Fibroid Affect Fertility and Pregnancy?

All You Need to Know About Endometriosis

HEALTH SYMPTOMS YOU SHOULD NEVER IGNORE

OVULATION CYCLE AND YOUR FERTILITY